×
You are here: Home / Dinner / French Onion Beef and Noodles 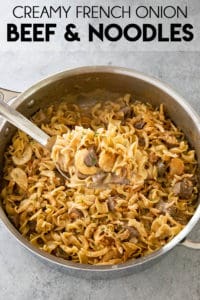 Creamy French Onion Beef and Noodles is a creamy, easy, and delicious one pot dinner!  Your family will love this savory combo of tender beef and egg noodles! 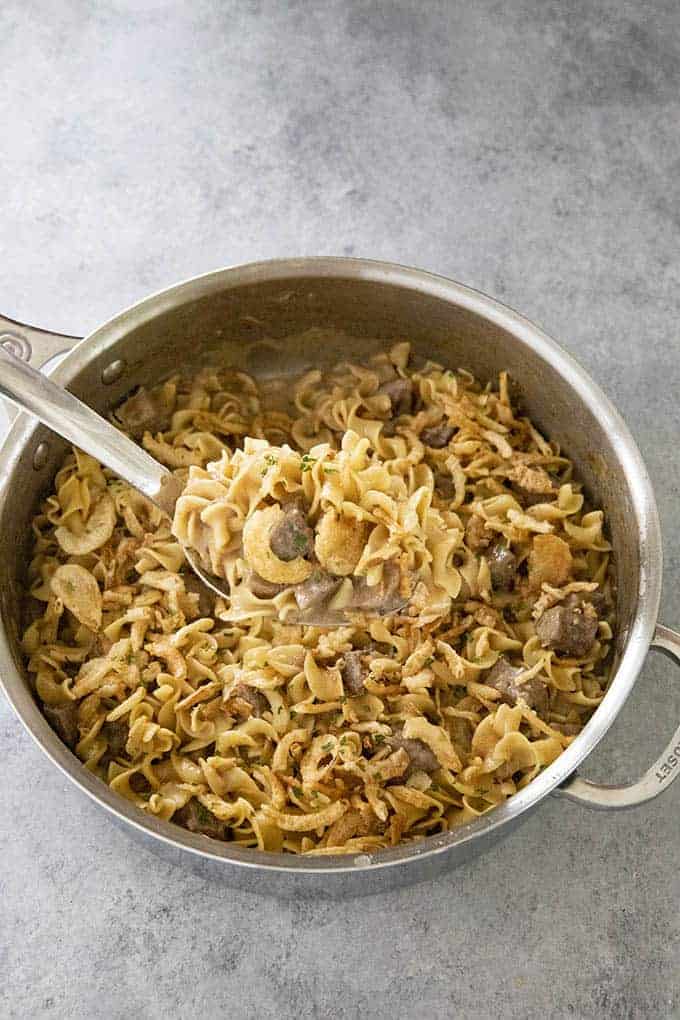 This post first appeared over at Eazy Peazy Mealz French Onion Beef and Noodles, where I’m a contributor.  We first published this post in January of 2018 and it INSTANTLY became a reader fave! Now we are giving it a photo makeover as well as updating directions based on reader feedback!

I like to think of this recipe as kind of an upgraded beef stroganoff. Just adding a few extra ingredients like French onion soup, parmesan cheese, and crispy fried onions really take the flavor to another super hearty level.  I’ll also say that this meal at first happened by complete accident! I had some beef stew meat to use up and basically just paired it with whatever else I happened to have on hand at the time as well. Now, this impromptu “man I really need to get to the grocery store” dinner, has become a part of our regular meal rotation. We all went back for seconds, it’s that good!

How To Make French Onion Beef and Noodles: 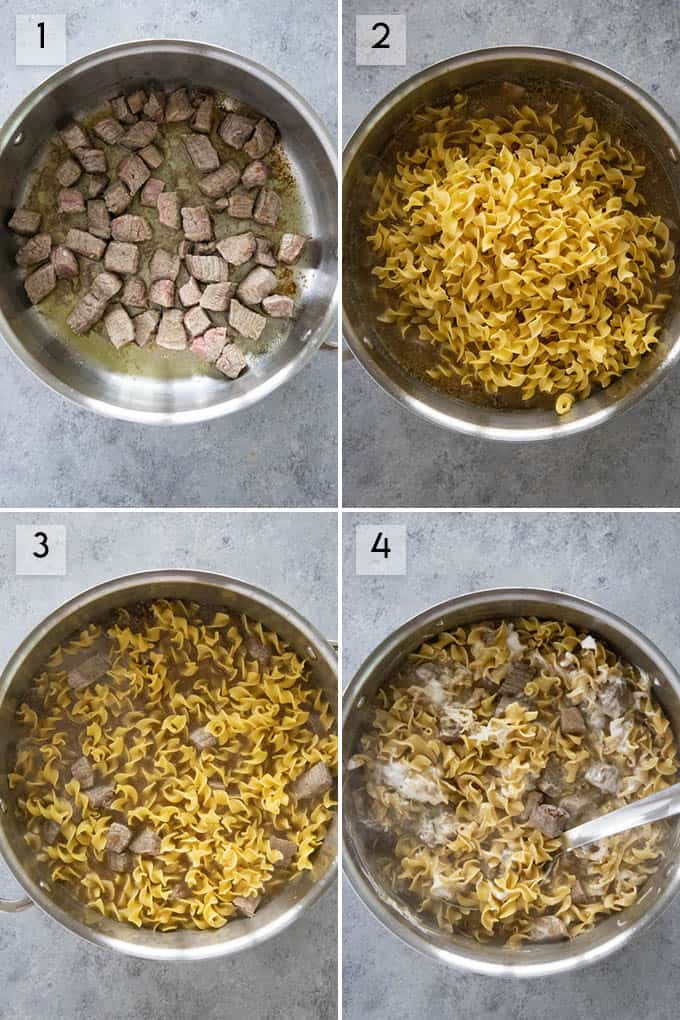 If you're looking for more tasty and easy dinners using beef, try these: 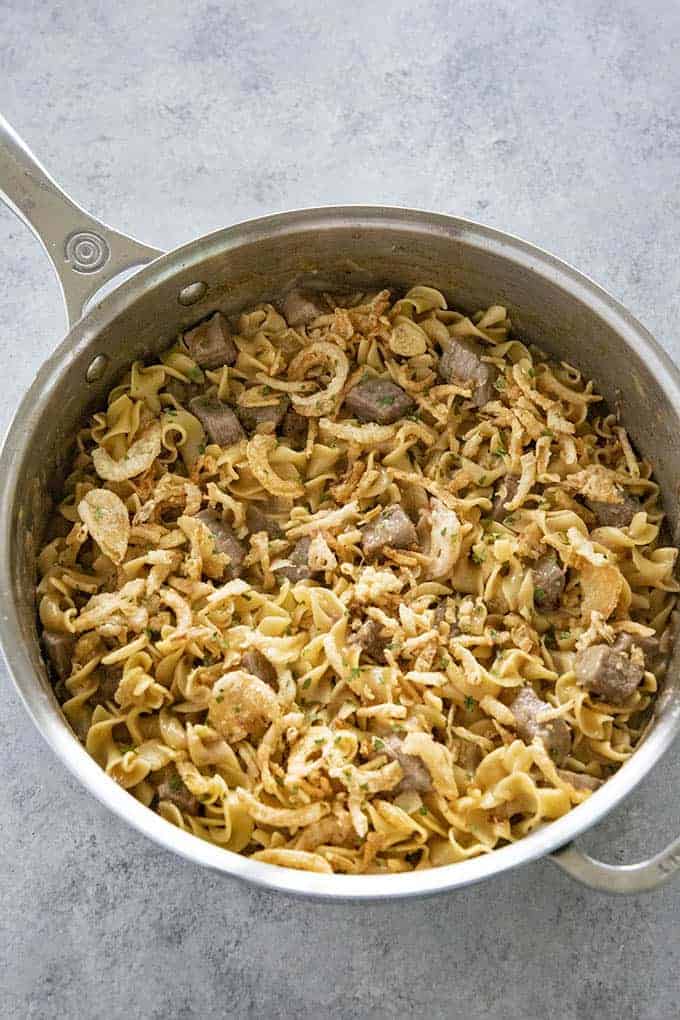 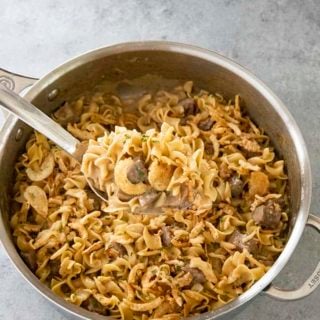 Creamy French Onion Beef and Noodles is a mouthwatering, cozy, dinner that is easy enough to make any day of the week!  One pot is all you need for this rich and satisfying beef and noodles!
4.86 from 89 votes
Print Pin Rate
Course: Main Course
Cuisine: American
Prep Time: 5 minutes
Cook Time: 35 minutes
Total Time: 35 minutes
Servings: 4
Calories: 476kcal
Author: Nichole

NOTE:  Make sure to stir the noodles around and push under the broth as they cook so that they all cook evenly.