The best ever quick and easy apple bread is packed with warm flavors of cinnamon, nutmeg, brown sugar, and apple - topped with an amazing cinnamon glaze to send it right over the top! 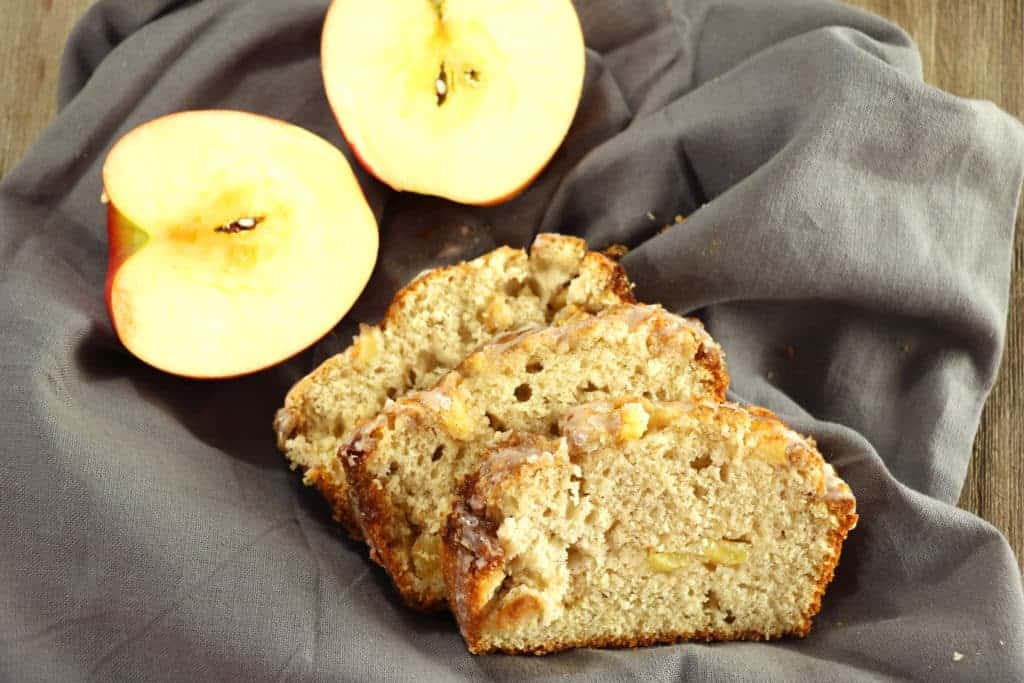 Yes, self admittedly, I've been sitting here with this recipe, ready to go, for over a month now, and completely neglected to share!

I mean, what was I thinking?  How rude of me!

The worst part of all that is, I've been majorly craving this bread since I last made it.  It's on my brain constantly, but, I refrained from making it again.....until today, because I have no self control, and ate half the loaf all by my wee little self!

Luckily, this bread is super quick so you can easily make and devour it like a maniac <----me.  Or, you can, ya know....be normal and make it and share with guests.

This time of year is all about indulging anyway, right? Yes. 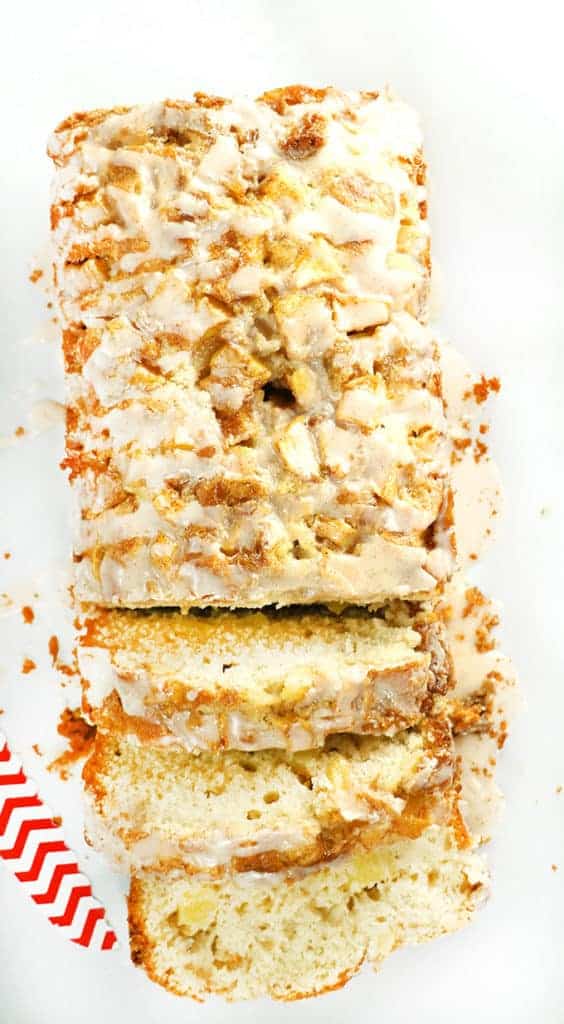 So, about this bread.  You know how some quick bread recipes taste better after they sit for a day or two and the crumb has time to soak up more flavor?  <----neither do I because I eat the entire loaf in one sitting.  Kidding.

This bread is an exception to that rule, because it just so happens that it tastes excellent right out of the oven.  Thank you apple bread for being so delicious, we love you.

The cinnamon glaze on top kind of oozes down into every nook and cranny of this bread, keeping it extra moist, but not soggy.

Another little tip....this day or two old apple bread makes the absolute best french toast I've ever had in my life. 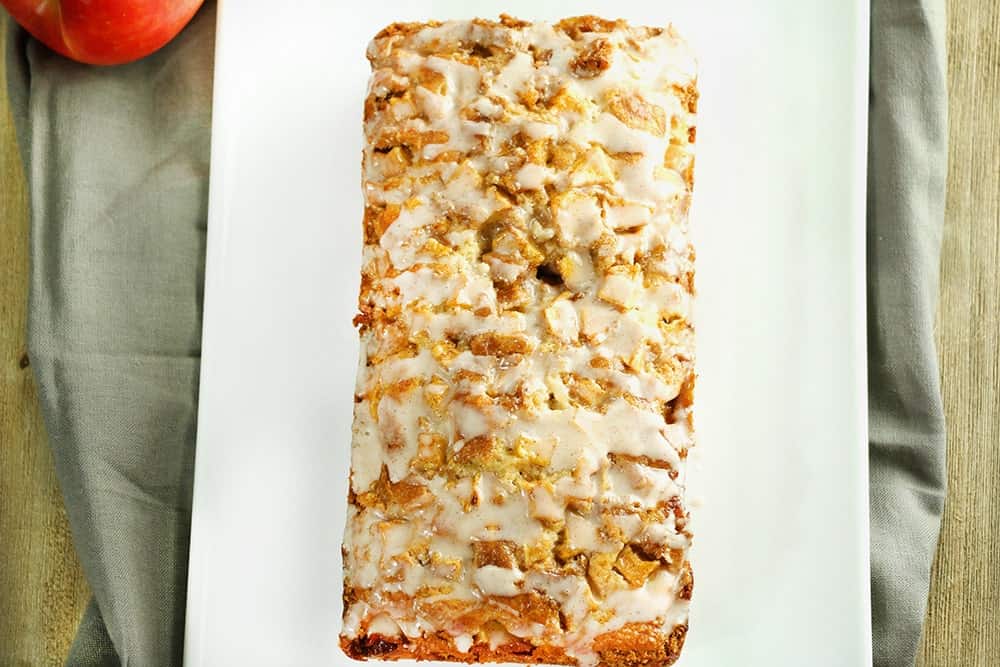