Cinnamon Bread - This quick bread is so simple and easy to make!  A tender and perfectly sweet loaf with a layer of cinnamon swirl and delicious cinnamon and sugar coating! 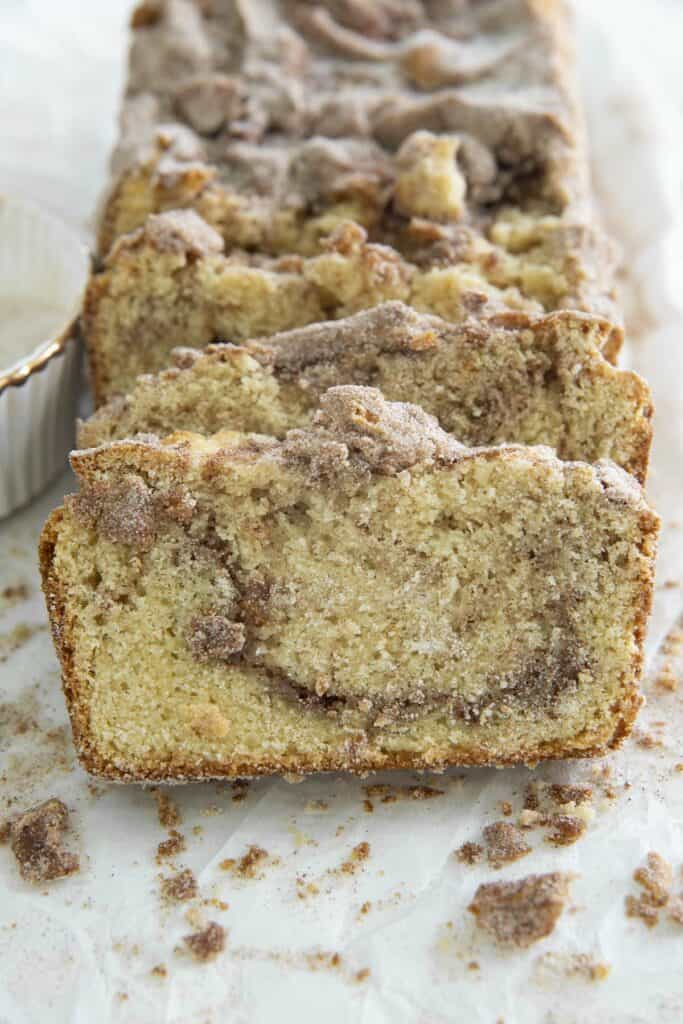 I absolutely love anything cinnamon sugar!  It's so simple but so cozy for fall and winter baking.  Everything from our Cinnamon Sugar Donut Muffins to our Cinnamon Sugar Cake are some of my faves!  This is a quick style bread that doesn't require any yeast or rising time.  It has a very tender crumb (similar to a cake) with a cinnamon swirl in the center.  Before baking the loaf is coated in a cinnamon sugar mixture that makes me think of the childhood favorite, cinnamon toast!  It's a perfect loaf to serve with coffee on Christmas morning, or to package and give as a holiday gift!

How to Make Cinnamon Sugar Loaf: 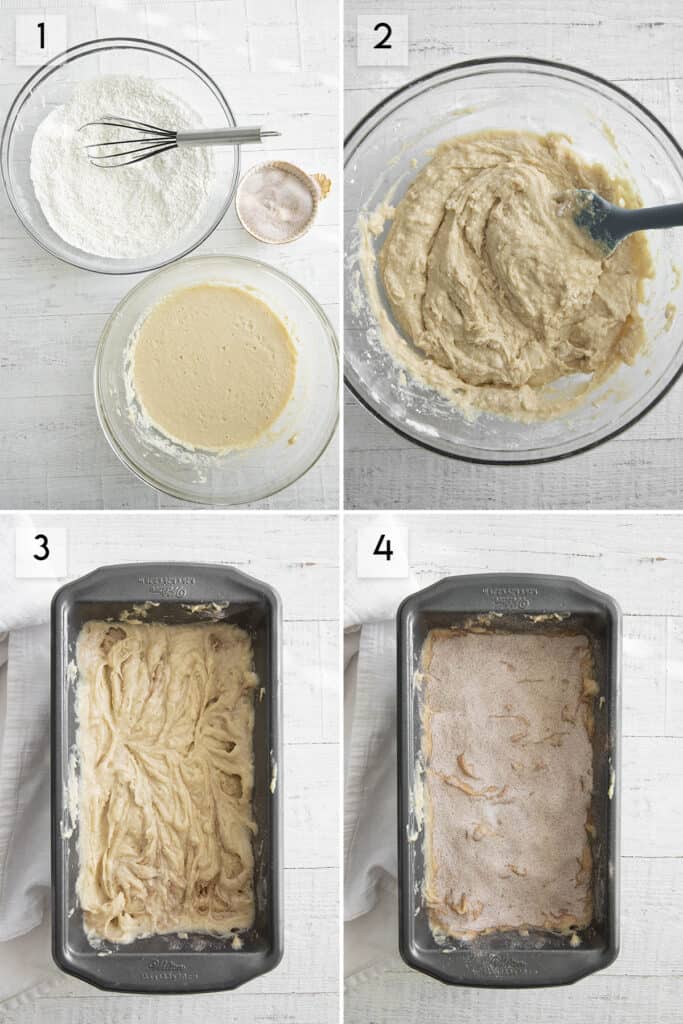 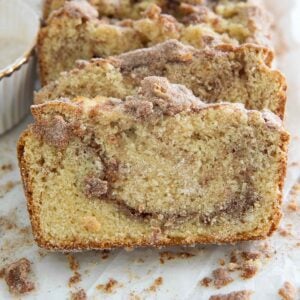 FOR THE CINNAMON SUGAR: