×
You are here: Home / Side dishes / Best Cornbread Stuffing 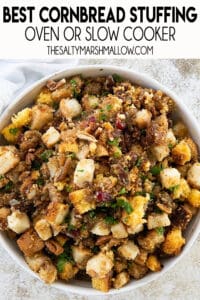 Cornbread Stuffing made easy in your slow cooker or oven!  This stuffing is made of sweet boxed or homemade cornbread, french bread, sausage, cranberries, and pecans! 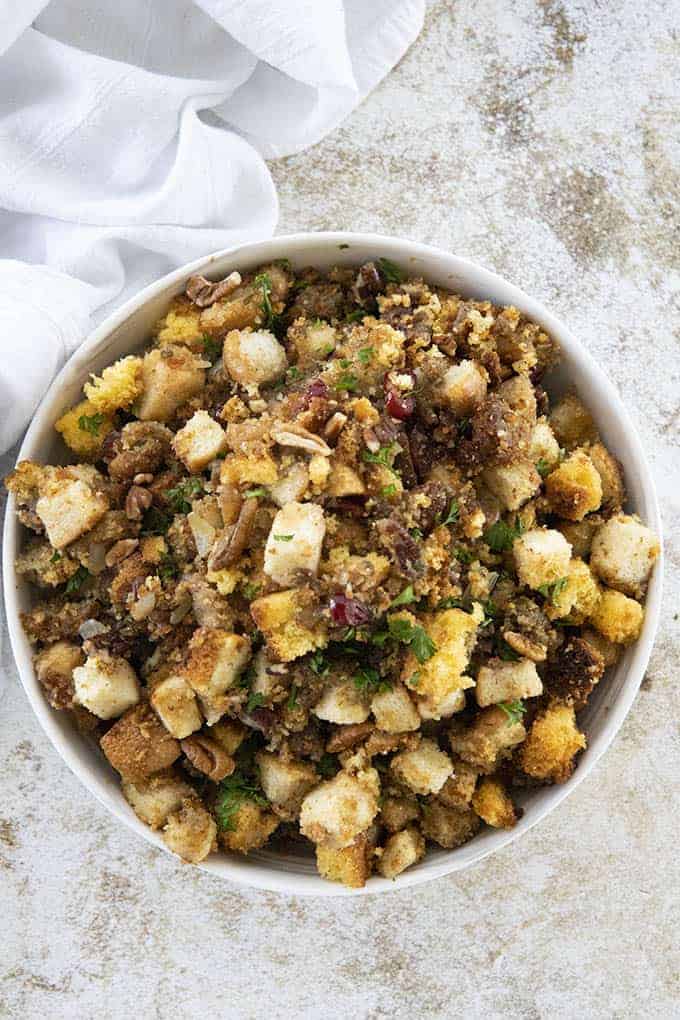 What is Cornbread Stuffing Made Of:

It's packed full of toasted cornbread cubes, French loaf makes an appearance, lots of great spices as well as dried cranberries, sausage, and pecans. You can use my homemade Cornbread or boxed, it's up to you! This classic was originally posted in 2016, one of my first recipes! I wanted to make sure it got a fresh set of photos, and instructions.  Cornbread stuffing is a Midwest and Southern classic.  There's a BIG reason why this is a fave. While I always love our traditional Stuffing this one is so flavorful!   So much flavor and texture going on here! Perfect along our favorite Roast Turkey and the very best Mashed Potatoes!

As you'll note in the recipe card, there are directions for making this in your slow cooker, or baking in the oven.  I personally like making this in my slow cooker.  We already have things like Corn Casserole and Sweet Potato Casserole in my oven, so it saves some space for me.  But, either works just fine.  You can note that prep is the same, and you can make this recipe ahead.  See the full recipe card and print it out so that you have it handy.  To make ahead, you can do so 3 days in advance.  I don't recommend freezing this recipe.  However, you can mix everything together, and then refrigerate and it lasts just fine.

How Do You Dry Cornbread for Stuffing:

This is so easy!  You can use a homemade cornbread if you prefer, otherwise you will use a box of stuffing mix, and one loaf of french bread. 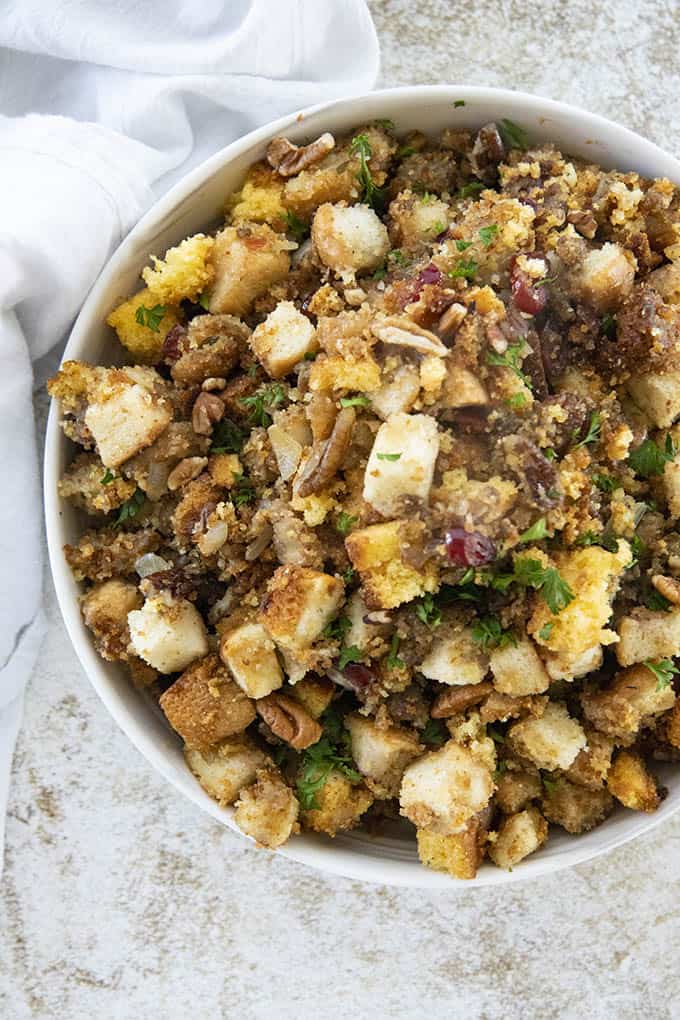 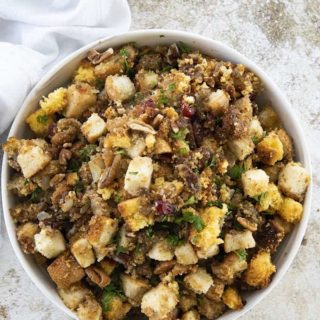 FOR THE SLOW COOKER:

TO BAKE IN THE OVEN:

MAKING AHEAD:  I don't recommend freezing this stuffing.  However, you can mix it up, and store in a covered container for up to 3 days before cooking.