Easy Baked Sopapillas are light on the inside and crisp on the outside!  Rolled in melted vanilla butter and cinnamon sugar these sopapillas are fun and mouthwatering!

We go out for Mexican food at least once a week and I think that I always look forward to the sopapillas at the end of the meal the most!  They're just a little crispy on the outside and soft and airy in the center, and who can resist a good drizzle of honey? Cinnamon sugar desserts are a fave of mine and if you've made my super popular Donut Muffins, they're probably a favorite of yours too.  I think you guys are going to be super pleased with my homemade version of this dessert.  It takes only a handful of ingredients that you probably already have....and if not, please run to the store and get yourself some puff pastry right now!

How to Make Easy Baked Sopapillas: 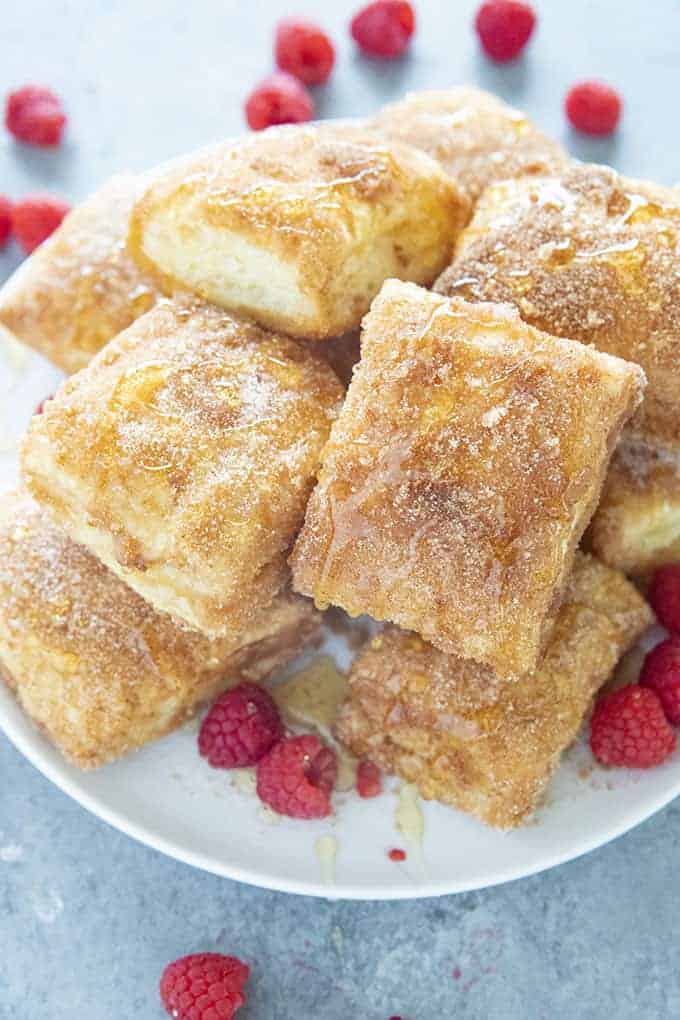 Enjoy!  If you try these out and love them, please leave a comment below.  I love hearing from you guys! 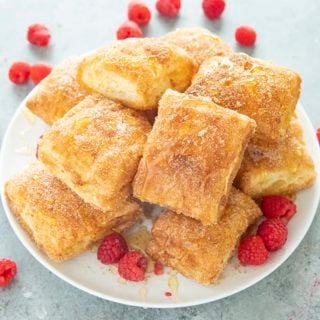