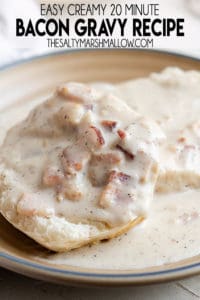 Creamy Bacon Gravy is a hearty, delicious gravy made with just 5 simple ingredients. Serve over biscuits for a satisfying country breakfast, brunch or dinner! 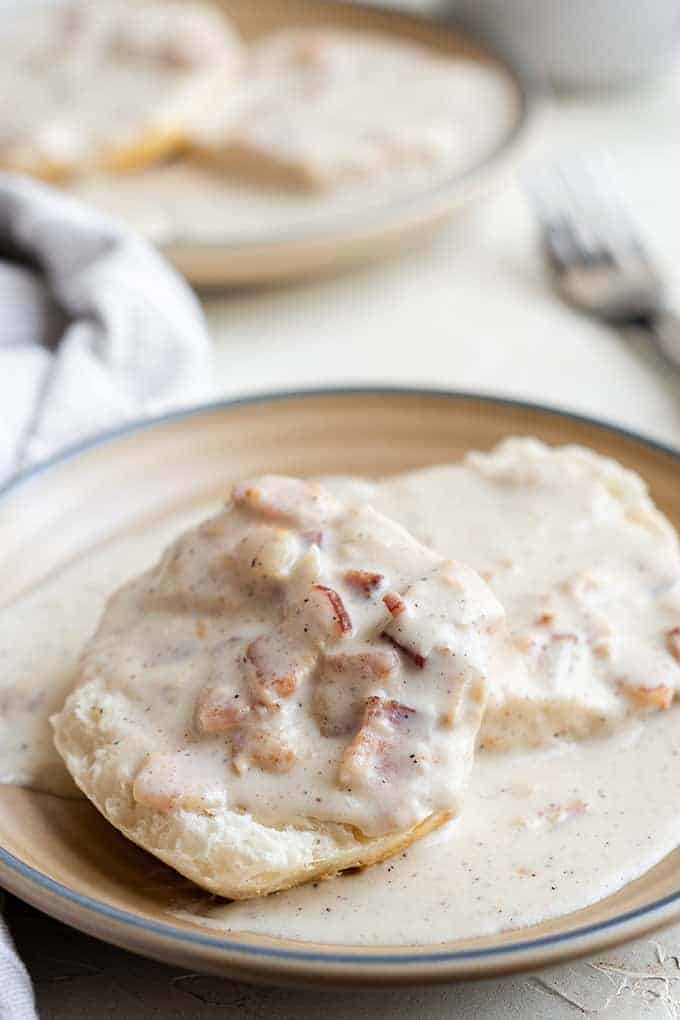 Bacon Gravy, also known as Country Gravy, is a twist on our favorite Sausage Gravy and it’s just as easy to make, with a very similar recipe. Until recently, I had only ever made the sausage version and never considered making it with bacon but now I love (and make) them both equally.  The only ingredients needed to make this bacon gravy are bacon (of course!), flour, milk, salt and pepper. That’s it!!  It sounds too good to be true but I promise you that with those few simple ingredients, you’re going to end up with a breakfast full of flavor.  My favorite way of serving Bacon Gravy is over soft, warm biscuits like my Easy Drop Biscuits. They pair well with this recipe because they come together quickly as well - you can prepare them while the bacon is cooking and they’ll be hot and ready by the time the gravy is done!  You can of course just serve this over toast, or whatever type of biscuits you have on hand1 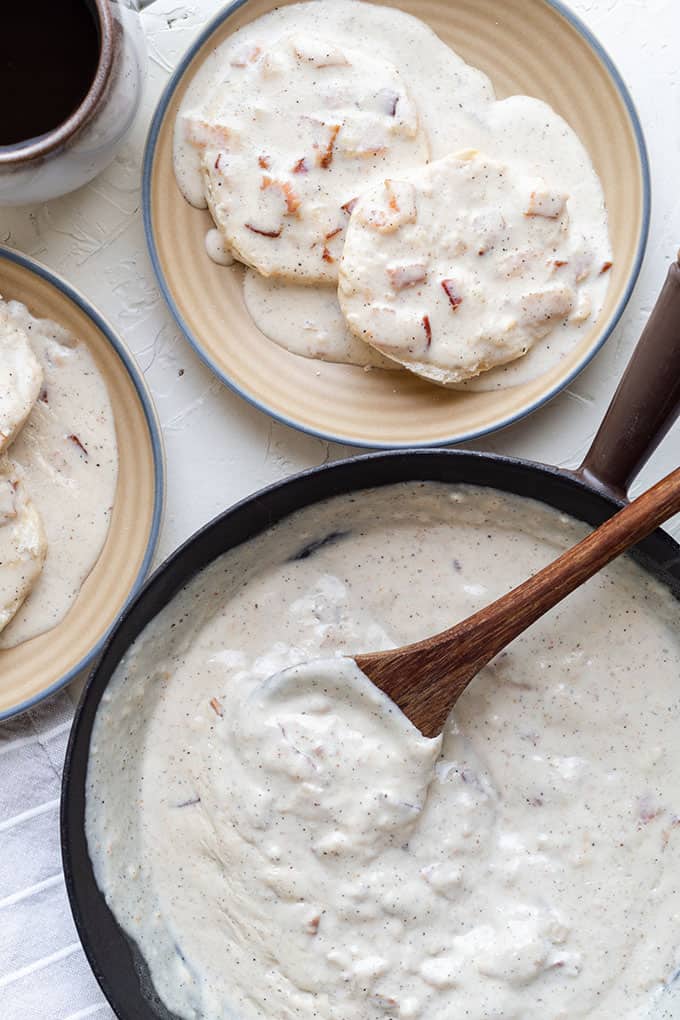 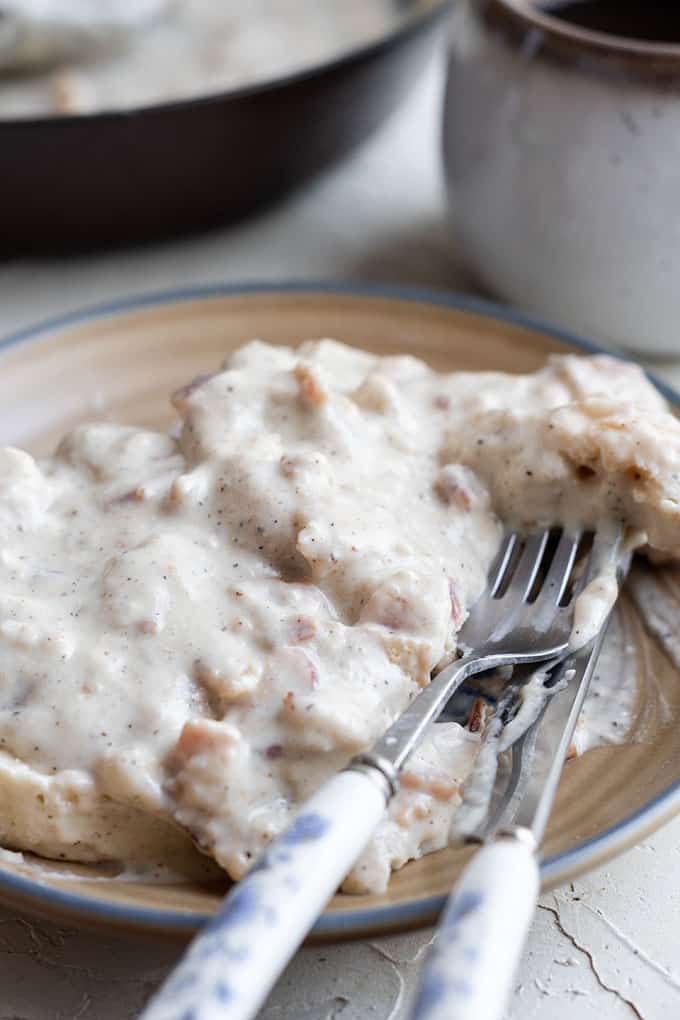 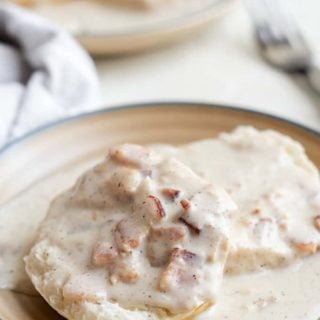