×
You are here: Home / Dinner / One Pan Smothered Chicken

One Pan Smothered Chicken is a classic recipe of seared chicken that is easy to make in 30 minutes!  Tender chicken is smothered in a rich and creamy gravy with bacon! 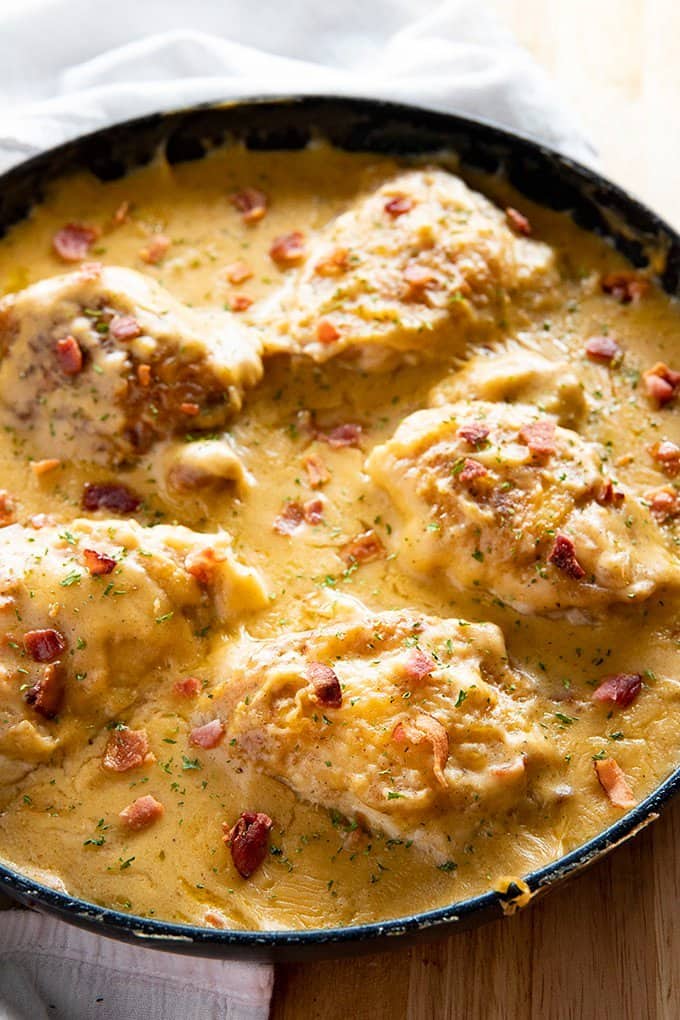 I have to say that my love of smothered chicken started at a pretty young age.  Scratch that, my love of GRAVY started at a young age because I grew up on comfort food!  Chicken with gravy was a must for us served up with mashed potatoes or even just white bread to sop up the goodness.  We all know how much I adore chicken thighs too and serving them in a delicious bacon gravy, it doesn't get better!

How to Make Smothered Chicken: 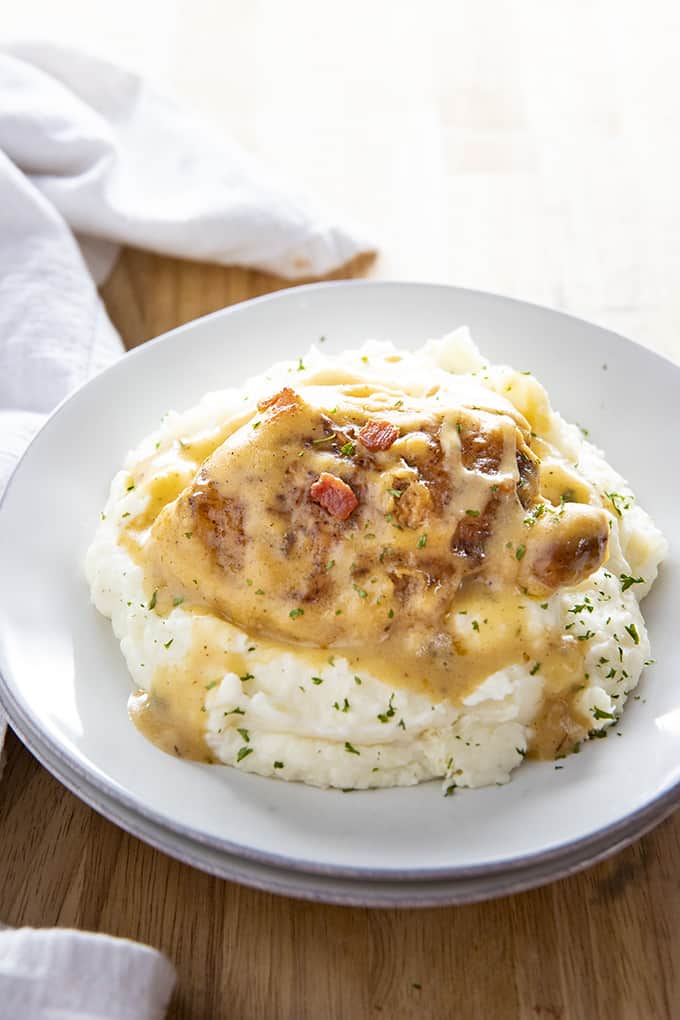 Basically, yes!  It consists of bone in, skin on chicken thighs that are dredged in flour, then fried in butter.  However, they don't finish cooking all the way through while frying.  They will be seared until golden brown on both sides, then finish cooking as they simmer in the gravy.

What Goes with Smothered Chicken?

This smothered chicken recipe makes a whole lot of gravy!  I recommend serving it with these Mashed Potatoes or if you have an Instant Pot try this Mashed Potato Recipe.  It is also great served with rice, crusty bread, and veggies like cooked green beans. 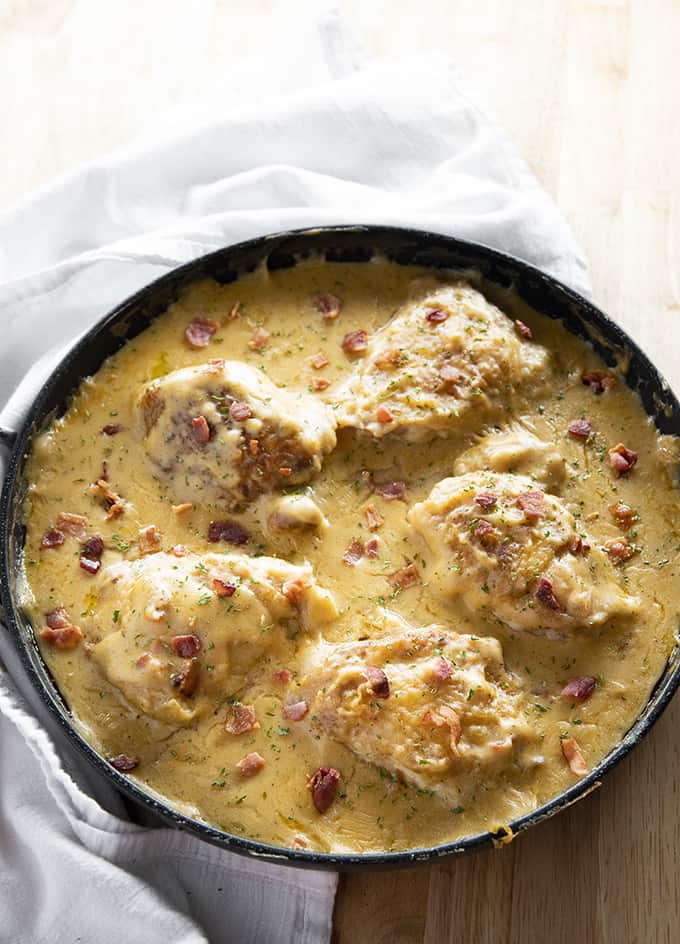 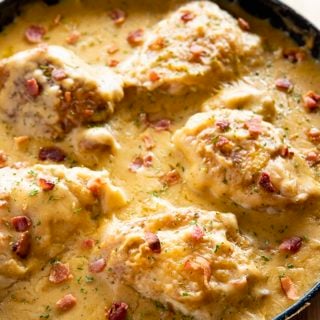