Instant Pot Spaghetti - The easiest spaghetti recipe ever!  A quick recipe for spaghetti made right in the instant pot.  Get a family favorite meal on the table even faster on busy nights! 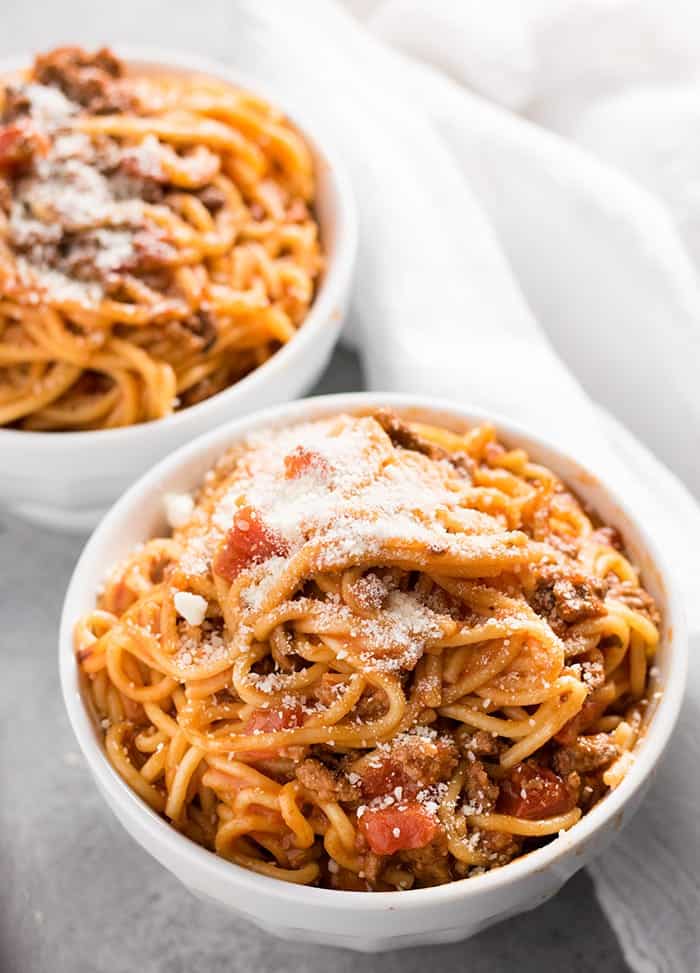 Ok, you guys.  I resisted as long as I could.

It was definitely time for me to get myself an Instant Pot, and see what all the fuss is about!

You may have been waiting and wondering what kind of dinner concoction was going to come out first.

Well, spaghetti it is!

It might SEEM boring, and unoriginal, but....c'mon, spaghetti is a total crowd pleasing, family favorite, classic.

Why not start there?

I was sitting around reading the manual for said Instant Pot and contemplating what to try first, when my son suggested spaghetti.

He loves spaghetti.  Could eat it for breakfast, brunch, lunch, snack, and dinner.  Not kidding. 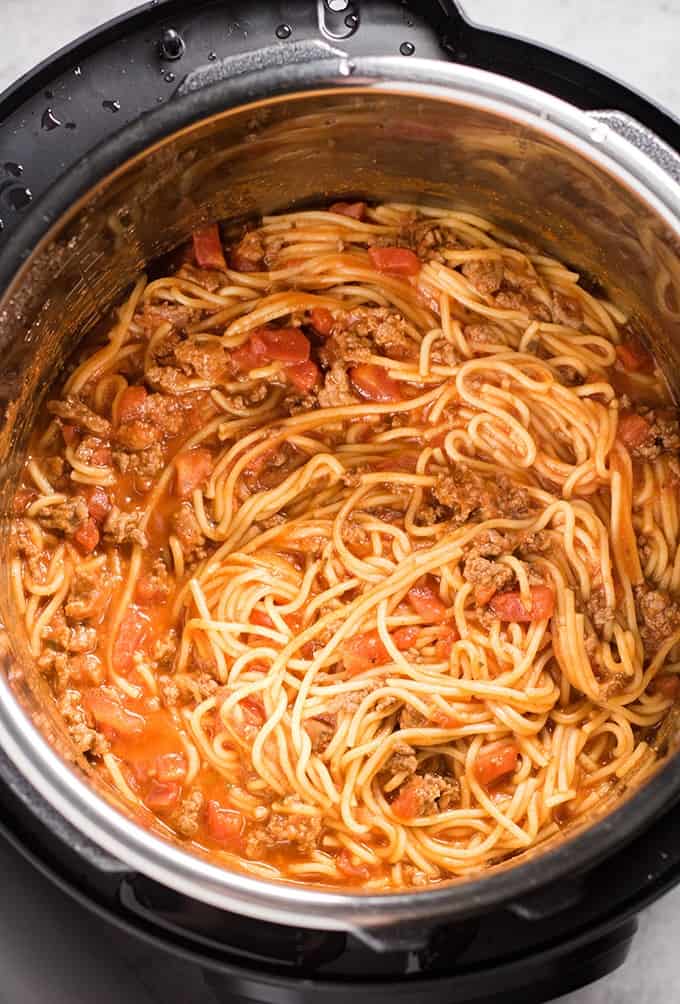 Do any of you have an Instant Pot already?  Thinking about getting one?  I'd love to hear what you think!

For now, here are my first impressions.

Before I even used the thing my initial reaction was that this thing is BIG.  Way bigger than my crockpot, and much heavier.

I got the 8 quart, which I'm happy about.  Just saying, if you're going to get one, make sure you have the room for it!

Definitely read the manual.  If you don't, you'll probably feel stressed out and confused at all of the different buttons and parts.

My impression during and after making the spaghetti (which I did a few times to make sure cooking time would be accurate for you).

It was strange at first not being able to peek in the top like you can with a slow cooker.  Ummmm, is this thing on?

But, you can definitely hear that there is some boiling going on inside.

It really did cook the spaghetti just perfectly!

The noodles weren't "gummy" being cooked all together with the meat/sauce/water, which was something I was worried about.

I may actually like spaghetti cooked in the Instant Pot now, more than the typical boiling the noodles and putting it all together after! 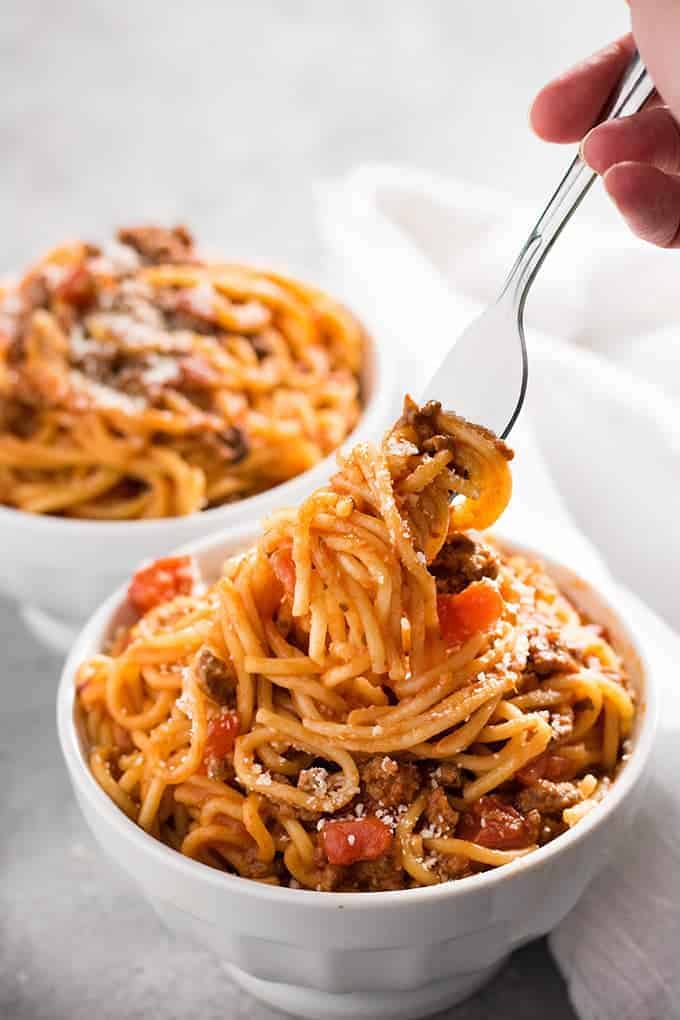 My last but not least favorite thing is that this is a true one pot recipe.  Spaghetti is always easy to make, but it also usually requires a pan for the meat, a pot for noodles, a pot for sauce, and a colander for draining.

One pot, and no colander needed here.

The meat cooks (I get super lean meat so I don't even need to drain grease) then you toss in your pasta, sauce, water, and seasonings.

Dinner served in about 8 minutes!

How cool is that?!

Enjoy! Check out our video for this recipe below! 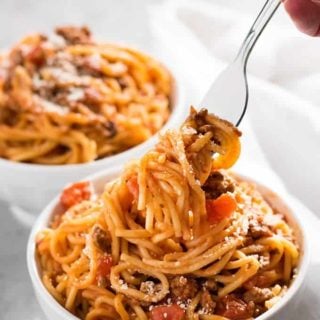 NOTE:  This spaghetti may appear to be a little liquidy right after cooking.  Be sure to stir well to incorporate all of the liquid into the noodles before serving. NOTE:  Some people have had an issue with their noodles "clumping" together.  Try crisscrossing the noodles when you add them to the instant pot, instead of adding them in one big chunk. Some clumping is normal, simply use a fork to pull any noodles apart that have stuck together.  NOTE:  This spaghetti will have as much flavor as you put into it!  Make sure that you add extra seasoning to taste and also use a flavorful spaghetti sauce.

Note:  I use the 8 quart Instant Pot which you can find by clicking the link (affiliate) below.

**This post may contain affiliate links, all opinions stated here are my own**