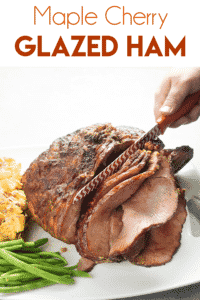 Maple Cherry Slow Cooker Ham makes cooking a spiral ham so easy for all of your holiday meals!  This ham has a delicious glaze full of maple, cherry, and brown sugar! 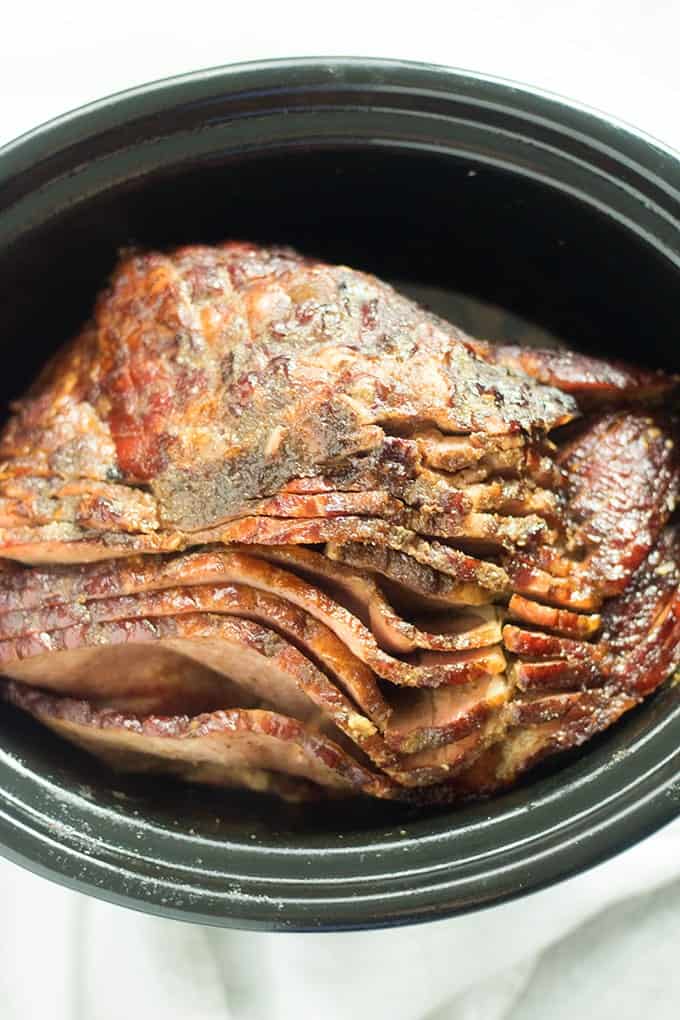 While I know that turkey is the traditional meat to grace the holiday table, I simply can't get enough of this ham!  I love the rich flavors from the dark cherries, maple syrup, brown sugar, and dijon mustard.  This spiral ham comes out so perfectly moist and juicy from the crockpot, the meat has just the right balance of salty and sweet!  It's great along with Cream Cheese Mashed Potatoes, Hashbrown Casserole, and Green Bean Casserole!

If you haven't made ham in your slow cooker before, you should know that it's super simple.  There are a few tips and tricks that will help you along the way! 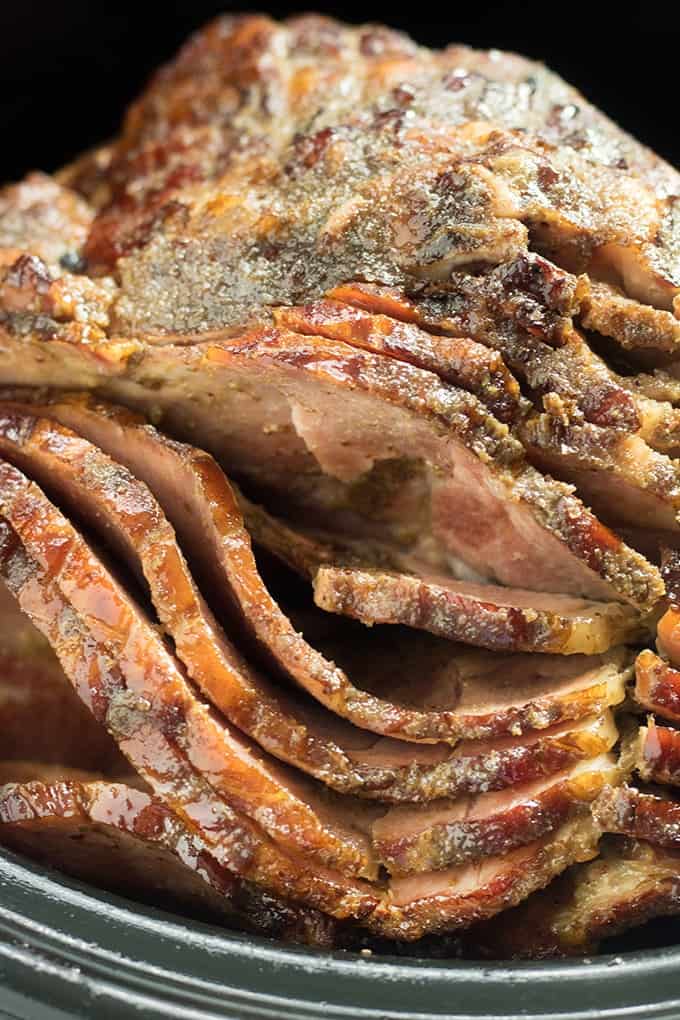 How do I cook a Ham in the Slow Cooker?

You will want to start by making the glaze.  You can take your dark cherries that are at least partially thawed and add them to a blender or food processor.  Next, add in the rest of your glaze ingredients from the recipe card below.  Blend until you have a smooth mixture.

You will pour about ¼ of the glaze into the bottom of your slow cooker.  Place the ham into the crockpot and pour over the remaining glaze, making sure to get it in between all of the ham slices.  Then, turn the ham face (flat side) down.  Cover with a lid and cook on low for 2-3 hours until heated through. 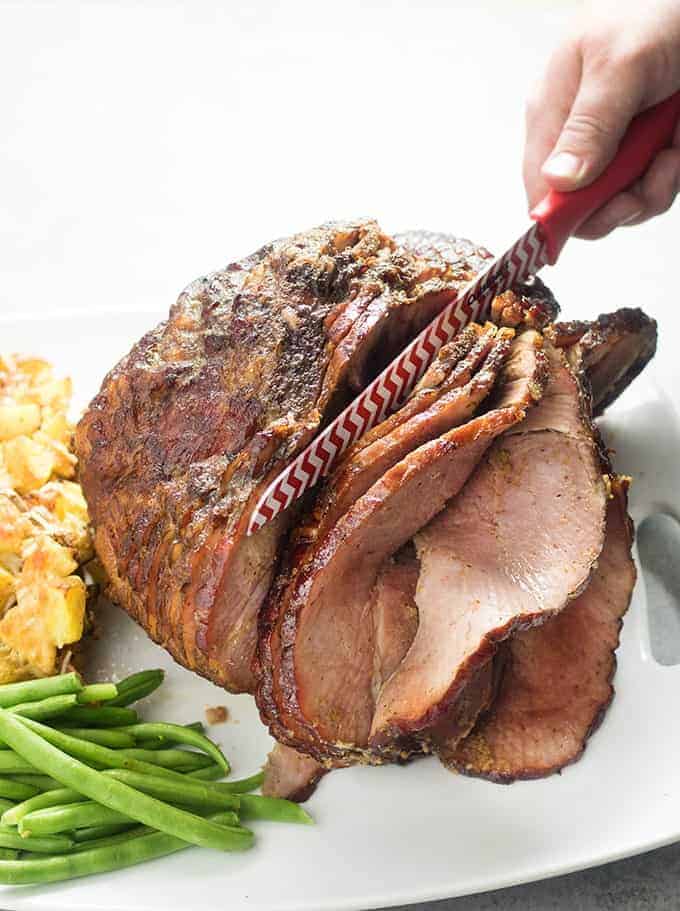 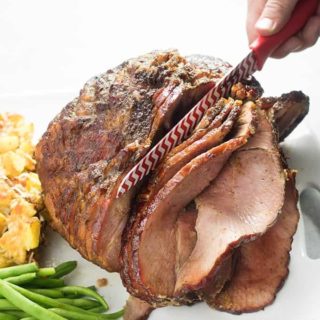