×
You are here: Home / Dinner / Best Ever Zuppa Toscana 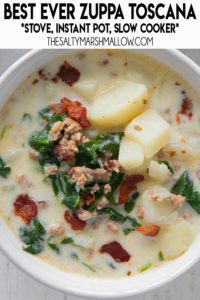 Best Ever Zuppa Toscana is creamy, rich and packed full of Italian sausage, tender potatoes and plenty of garlic!  Make this easy soup on your stove, instant pot, or slow cooker!

A restaurant favorite that we all know and love made easy at home!  Zuppa Toscana basically means Tuscan Soup in Italian, Zuppa means soup, and Toscana means Tuscan!  This is the most popular soup at Olive Garden, and so easy to make at home!  Nobody can resist that decadent creamy broth! A lot like our favorite Chicken Francese it's an Italian-American comfort food dish!  We happen to love our version even better than the one made popular by Olive Garden because it is FULLY  LOADED!  If you're looking for another amazing copycat soup, try our Pasta e Fagioli too!

This hearty soup is made from bacon, Italian Sausage, garlic, onion, broth, kale or spinach, and potatoes!  A super simple soup that you can adjust the seasonings in to your own taste.  This one packs a punch with really minimal ingredients used for a ton of flavor!  I've included directions  in the recipe card for you to make this one in your slow cooker, on the stove top, or in an Instant Pot.  That way everyone can use their preferred method and it turns out perfect no matter which way you go! 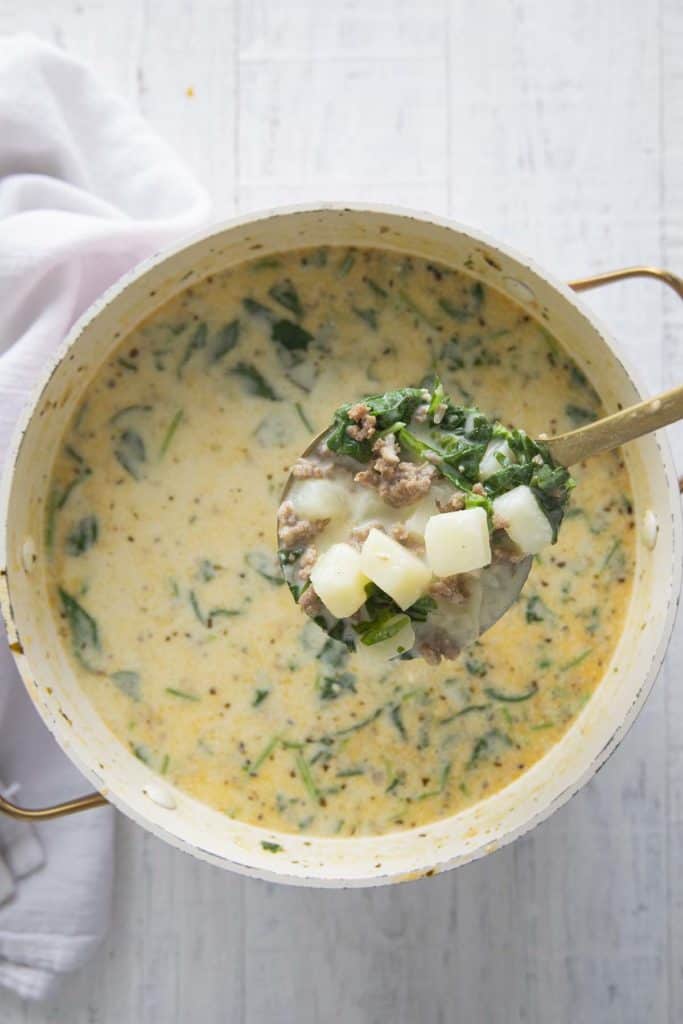 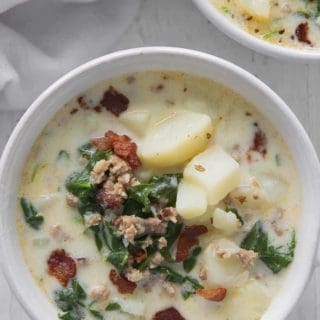